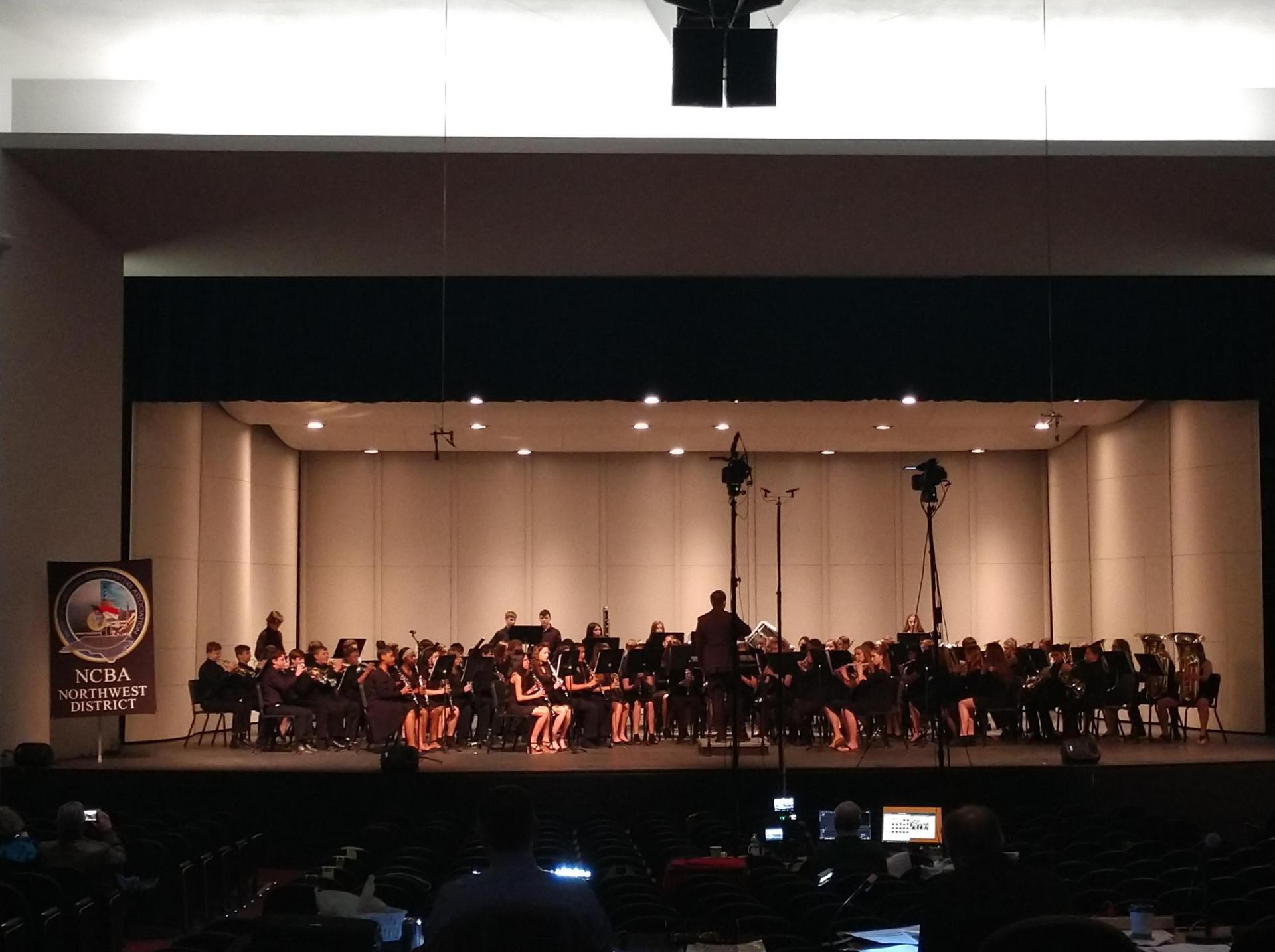 Mr. Alex Larsen has served as Band Director at Oak Grove Middle School in Winston-Salem, NC since 2017. The middle school band program has grown considerably, and currently consists of over 250 students in grades 6-8 - more than one-third of the total school population. Ensembles include the 6th Grade Beginner Band, 7th Grade Concert Band, 8th Grade Symphonic Band, and the Groovin' Grizzlies Jazz Band. The band consistently performs at the Northwest District MPA and other festivals in the state of NC. This past year, the 8th Grade Symphonic Band earned a "Superior" rating - the first in OGMS history. The 7th Grade Concert Band also made history, being the first ever OGMS ensemble to earn a "Superior" rating at their Carowinds "Festival of Music" performance. The OGMS Band Program also has consistent student representation in the Davidson All-County and the Northwest All-District Honor Bands.

As a performer, Mr. Larsen has played with the Asheville Symphony Orchestra in the Artist-in-Residence concert series at WCU. He has also participated in the InterHarmony International Music Festival, a two-week program that takes place in Europe. This opportunity allowed for collaboration with performers from around the world in both a performance and educational setting. Mr. Larsen is currently a contracted musician for the Piedmont Wind Symphony located in Winston-Salem, NC. His professional affiliations include NAfME, NCMEA, NCBA, and Phi Mu Alpha Sinfonia.